“This production should convince everyone of this man’s (Saunders Lewis) unmistakable greatness. ...A radio play, a creative poem : it poses quite a challenge to a theatre company : that challenge was convincingly and successfully met by our National Theatre Company. Friday night’s performance was full to capacity, and the attentive response to that which was happening on stage was enough to warm the heart of anyone who takes an interest in Welsh theatre. ...The director, Judith Roberts, succeeded in creating a complete composition which was alive and powerfully emotional.” Golwg

“Saunders Lewis’s historical Welsh-language play was originally written for radio. It was, therefore, a brave decision by Theatr Genedlaethol Cymru to take a piece of “theatre of the mind” and adapt it for a highly expectant theatre audience. But the gamble paid off. Director Judith Roberts’s production deals with the main themes of lust, revenge, recognition and forgiveness with confidence, theatrical invention and some charming visual touches.” Western Mail 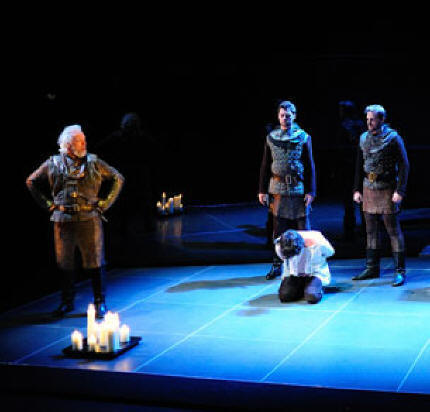